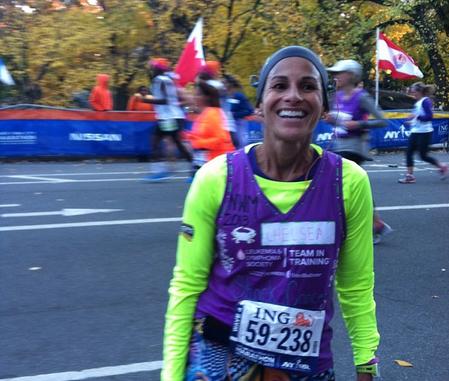 A NOTE FROM the shock family

We are now a 501-C3- donations are now tax deductible!

Mile 20 of the New York Marathon & she still has a smile on her face!

Hi, my name is Chelsea Shock. Thank you so much for checking out our website.

In high school I originally created this website as a resource for kids who are being affected by cancer in some way. My dream was for kids to share their stories on this website, in hopes they would realize they are not alone; hopefully allowing them to feel empowered against cancer.
I cannot even begin to explain how grateful I am for the amount of support I have received with Shock Cancer. This has become so much more than I could have ever imagined. We have raised over $100,000 and continue to raise awareness in a variety of ways. 100% of the money fundraised is donated directly to the Leukemia and Lymphoma Society.

Shock cancer is now a 501-C3, so donations are tax deductible.

There is so much more that is to come in the future with Shock Cancer. I encourage you to check out our "Events" link and see how you can partake in making a difference.

~Thank you for helping us SHOCK CANCER!~
​ 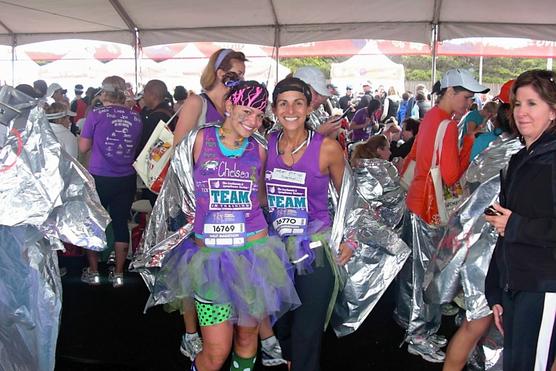 Lets rewind back to when I was 11.

It was a beautiful October day, one of those fall days that you didn’t need a jacket.  I had just started 5th grade at a new school and my baby brother wasn’t even a year and a half old. On this particular beautiful October day, I came home from school to see that both my mom and dad were home!  I booked it up the stairs, unable to contain my excitement that they were both home so early. I swung their bedroom door open. My mom sitting on her bed in her PJ’s (something slightly out of the ordinary) and my dad with his arms wrapped around her. They sat me down to gently explain to me that my mom was diagnosed with Hodgkins Lymphoma. Being 11, that went right over my head. I thought it was just a cold. I hugged them both and went on with my day.

The next few months were different but oddly normal. There were a few times mom looked sick or sometimes I heard her cry, but that was on a rare occasion. During this time, Thursday nights I would spend the night at my next-door neighbors and they would then take me to school the next morning. Every Friday morning the sunlight would shine so bright, I would wake up and peak out the window to see if mom and dad were still home. But they weren’t. They were already at GBMC where mom was receiving her 6 months of chemo, followed by 20 sessions of radiation. She was diagnosed with stage two but treated as if it were stage 4 because the cancer was wrapped around her chest, along with a tumor the size of a grapefruit under her arm. I will never forget this one car ride home. I had my earphones in but I wasn’t listening to anything, I was just ease dropping on what my parents were saying. Mom said to my dad, “Mike, Im so scared, Im so exhausted. But I’m doing this for Chelsea and Mikey. I want them to know that no matter what life throws at them, it will all be okay.” Since then, the meaning of life would always mean something different to me.

Fast-forward about 9 months from the diagnosis. Mom was pronounced cancer free!

In 2006, my father had ran for the Leukemia and Lymphoma’s Society Man of the Year.. This is when the LLS had first opened so many doors for us. We could not have been more blessed to be involved in organization that has been so successful in making a difference throughout the community. The more you get involved, the more you begin to realize that everyone has been touch by cancer in one way or another.

My dad had won man of the year, and had actually raised the most money a man in the state of Maryland had ever raised at that time. He always said that people before us raised money that went to research to help save mom. Now it is our turn to do the same.

In 2009, my mom celebrated her 5th year in remission by running her first half marathon. She ran the Baltimore half with Team and Training. Through Team in Training, which is part of the LLS, my mom has met her best friends.

Shortly after this is when I decided I wanted to make a difference, I wanted to Shock Cancer. This was a pathway that taught me so many things about life. Shock Cancer was everything from providing a support system, to making dinners, to fundraising, to speaking, to teaching, to learning, and to make a difference. Mom and I have done several marathons (mostly half) together through TNT. The hardest one was the Goofy Challenge. After 14 years of playing lacrosse, I decided I was going to spend my senior year focusing on Shock Cancer. The Goofy Challenge became my senior project, in which I won first place! What is the Goofy Challenge you ask? Well it is pretty Goofy. It is a half marathon on Saturday and a full marathon on Sunday through the Disney Parks! Yes, 39.3 miles in two days! I told you that was goofy!

For her 10th year in remission my mom, checked something else off her bucket list by running in the iconic New York City Marathon.

Running is her hobby, she loves it!! She runs crazy amount of miles. But she kicked cancer in the ass, these miles have nothing on her.

Looking back 13ish years and thinking about my mom’s long journey; of cancer, chemo, radiation and all of its effects such as endless night sweats, the shingles during radiation that left her with burn like scars under her arms, and the pain that she felt when she would swallow, it was as if she was swallowing needles;
my mom is now able to celebrate 13 years in remission this coming spring.

Its people like you that helped save my mom. The LLS donates more % of the dollar to research than any other organization that I have come across. They are determined to find a cure and strides are being made everyday. 100% of our proceeds are donated to the Leukemia and Lymphoma Society. It is because of you and the LLS that someone will have a second chance as a mother, father, brother, sister, daughter, son, friend. Its because of you that there will one day be a cure.  And for those who have passed because of such a horrible disease, they are our angels, guiding us, showing us that someday is today.

Reflecting back to being so young while my mom was sick, I really understand it all now. It was truly a blessing in disguise. Everything happens for a reason! I found what I wanted to do with my life and that was make a difference. I just graduated nursing school from Samford University in Birmingham, Alabama. I am now a nurse in the Pediatric Emergency Room at University of Maryland Medical Center, and I absolutely love it. Now I have been inspired to continue my education by pursuing a degree to become a Nurse Practitioner.

Now, don’t let this discourage you, please let it encourage you. You don’t need to donate a lot, every penny counts. I promise that you too can make a difference! Take this journey with me to SHOCK CANCER!


Thank you so much for taking time to read my site! 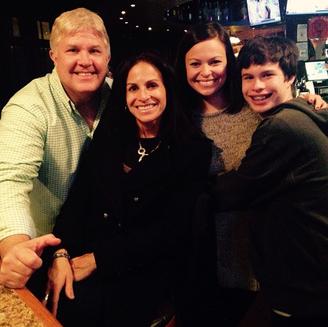 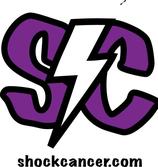